It’s apparent that 2017 was a year to remember for Napoli. It was a year that saw the Partenopei qualify for Champions League for a second consecutive season for the first time ever, Dries Mertens flourish in the number nine role, and Marek Hamsik overtake Diego Maradona as the clubs top goal scorer (117 and counting)! Needless to say it was quite the year, so sit back, relax, and enjoy as I recap Napoli’s 2017. 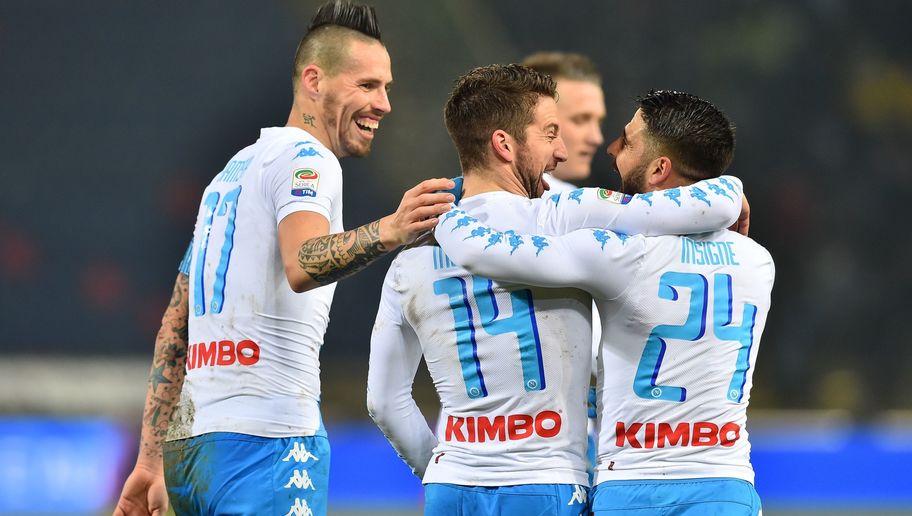 Let’s start with the end of the 2016/17 season. We were the highest scoring team in Serie A with 94 goals, Dries “Ciro” Mertens finished second in the Capocannoniere race with 28 goals, just one behind Roma’s Edin Dzeko, and we made it to the UCL Round of 16 only to be bested by eventual winners Real Madrid. The only negative being a third place finish in the league, which meant a preliminary match with OGC Nice would decide whether or not we would qualify for Champions League football the following season. Other than that, there wasn’t room to complain for us tifosi. We displayed our quality against one of the biggest teams in the world and Maurizio Sarri further instilled a playing style admired by many.

Moving onto the off season, the rumored “Scudetto Pact” was the talk of the town. In a transfer window where no major stars left the club, Hamsik and co. made a pact to stay together and go for the big one. Whether it would happen was yet to be seen, but with no key players leaving and the addition of Adam Ounas, Mario Rui, and Roberto Inglese (scheduled to join the squad in January), it was a step in the right direction. After the Audi Cup in Germany and a 2-0 win over Nice in the first leg of qualification, it was time for the 2017/18 Serie A season. We started the league campaign with eight wins in a row and another 2-0 win against Nice saw us enter the group stages of the Champions League, a group in which we’d face Shakhtar Donetsk, Feyenoord, and Pep Guardiola’s Manchester City.

The end of the year had some tough pills to swallow. We suffered our first defeat of the season at the hands of Juventus, the winner coming from a certain someone I’ll leave nameless, we were kicked out of the UCL and Coppa Italia , and we lost a crucial player in Ghoulam who suffered an ACL tear against Manchester City. While all of this was tough to watch, the main goal was still in reach. We ended the 2017 portion of the 17/18 season as Campioni d’Inverno and a lot to boast about. We have the best defense in the league (only 13 goals allowed in 20 games), we were the only team in Europe’s top five leagues to not lose an away game, and we lead the league in average possession per match, shots on target per match, and accurate passes per match.

So, 2017 overall was a great year for Napoli. Not everything went the way we wanted it too but hey, does it ever? We have the tools to continue to march on, so with the addition of Zinedine Machach and rumored transfers like Matteo Politano and Gerard Deulofeu it can only get better. Who knows what 2018 holds, all I can ask for is that the team continues to work hard so that come May, we’ll be celebrating the “death” of the north once again.